SUNDAY, OCTOBER 9th, 2016
Our next Technology Alliance event is set for
Sunday November 20th 2016
9:30 am to 1 PM
East York Jamatkhana.
REGISTER HERE
The Role of Failure
Our featured speaker Faizal Kassamali is currently a software engineer at Snapchat working in Seattle, Washington. Faizal will talk about his failures, successes , and challenges. Faizal will share his thoughts on trends in mobile applications, careers in technology and how to embrace failure. ​ 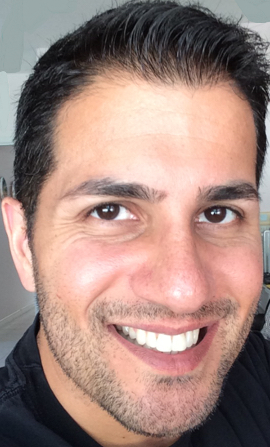 Faizal has been a technology quality specialist for 15 years.  He is currently a software engineer at Snapchat.

Prior to Snapchat he spent 7 years at Amazon as both a manager and an engineer in Amazon Web Services where his team's innovations earned them multiple patents and an award from the New York Times.

Faizal also spent several years building the first generation Kindle ecosystem of eReaders, tablets, and mobile apps.  Before Amazon, he was at Microsoft where his role included working abroad at the Microsoft Research Lab in China.  He began his career at Xerox where he was photocopying his face before selfies were even a thing!
​
Faizal is an Eagle Scout and holds a Masters Degree and a Bachelors in Computer Science from UCLA.  He has served as the Western USA Chair for the Aga Khan Youth & Sports Board as well as in various volunteer positions with the Aga Khan Education Board, Camp Mosaic, Communications & Publications, and the Ismaili Magazine.

APRIL 2016 EVENT
WE NEED YOUR INPUT ! CLICK HERE TO TAKE OUR SURVEY ON UPCOMING EVENTS!